Why Shakespeare’s (invisible) formula is so crucial for serious writers to understand. 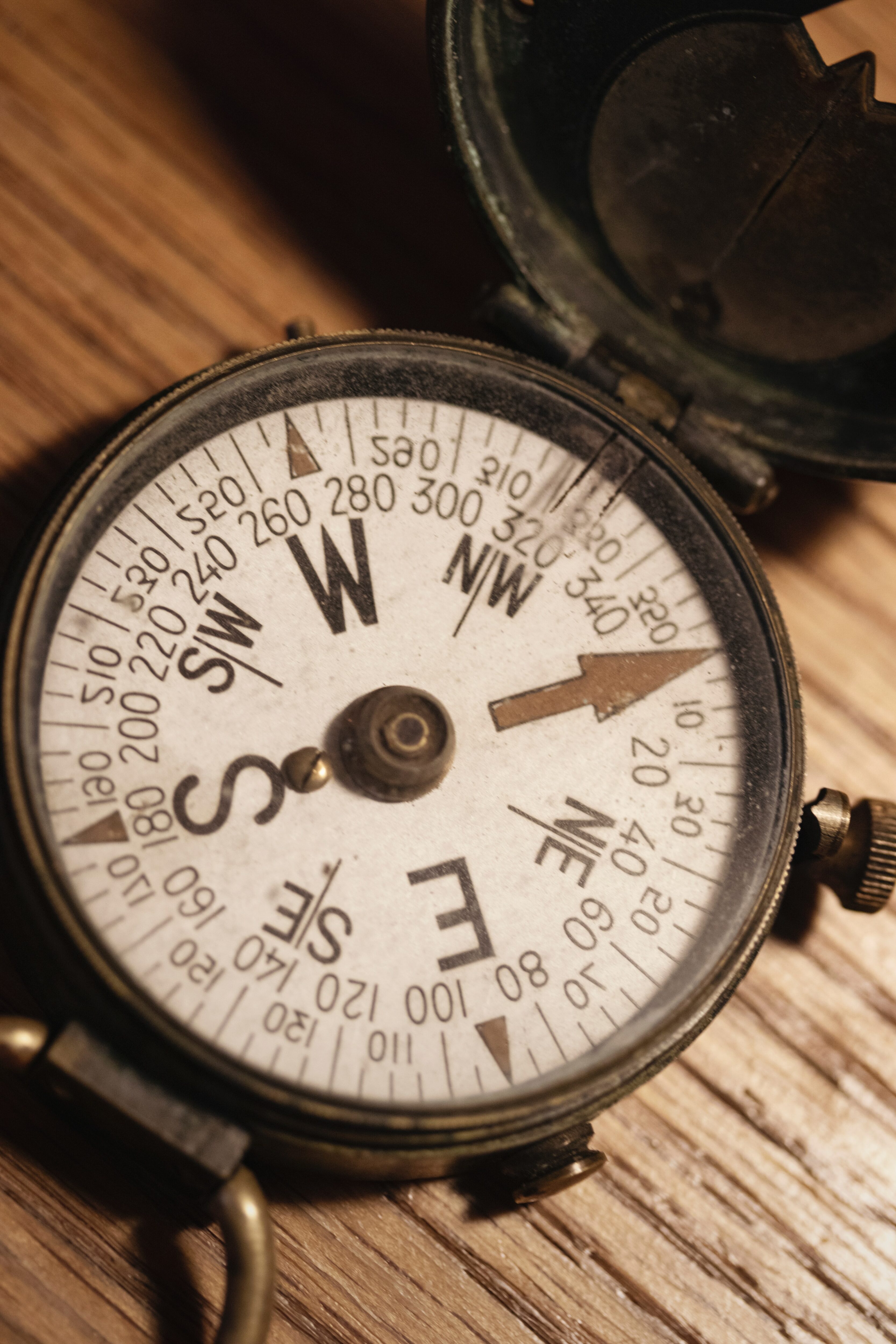 Why do you think Shakespeare wrote?

Why do you think his work lives on and on and on in a multi-billion dollar global industry 400 hundred years after his death? Could it be that his writing genius was largely due to the (invisible) formula he devised and employed in every piece of his oeuvre? A formula that comprised the spiritual DNA of humanity?

Why do you write?

Is it to make money? Or is it more about transforming lives? Moving people? Making a difference? Influencing folk to make positive change that betters everyone? Getting them to see and think in new and different ways? Expressing the truth within you that makes you feel your little life really matters? Unleashing your creative imagination and having huge, outrageous fun? Could expressing the truth from your heart and your guts regardless of life or death consequences be what drives you and what drove the Bard to write at the acme, the zenith, the apogee of his art and craft?

Wouldn’t you just love to know what was really going on inside that genius skull of his? Wouldn’t you cut off your right arm to know the secret compass that guided his quill? Imagine being able to write in a way that resonates with not just the minds but the deepest soul of everyone.  (pic source CLICK)

I believe I have discovered his secret. And I believe I can teach it to those writers who are ready to reach inside themselves way past all the sacred cows that keep your creative writing genius from being unleashed.

Example: last Sunday, I was at the Ashmolean (Oxford, UK) Pre-Raphaelite exhibition. The last place I was expecting to learn one of the great secrets of Macbeth. A great secret that keeps Shakespeare’s work not just alive but kicking ass across the globe.

When I saw William Holman Hunt’s symbol-laden rendition of this verse from Revelation he entitled ‘The Light of the World’, I had a damascene flash of realisation.

Behold, I stand at the door, and knock: if any man hear my voice, and open the door, I will come in to him, and will sup with him, and he with me. Revelation 3:20 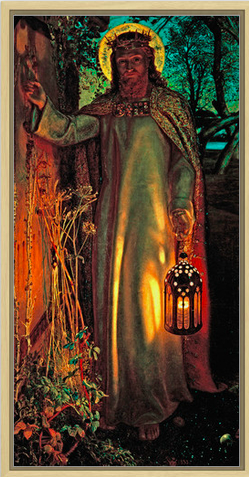 Although a genius as an artist, Hunt recognised the importance of this passage in the scripture, yet he did not appear to understand the deeper symbolic mystical significance of the words of Christ in Revelation. Unlike Shakespeare, Hunt was restricted to rendering a mere literal, superficial interpretation.

But for me, a passionate champion of the mystical subtext in art and literature, the mystery behind one of the Bard’s notoriously Python-esque sketches was revealed. This time in Macbeth, Act 2, Scene 3.

This is a farcical scene played out the morning after the night Macbeth murders Duncan, the king. A hung-over, half-asleep porter staggers on stage to answer a loud persistent knock, knock, knocking at the door of the castle – redolent of Bob Dylan’s famous song.

Being myself in possession of a nose highly-tuned for sniffing out mystical allusions I was tempted to include this farce in my book. But before seeing Hunt’s painting at the Ashmolean, I couldn’t spot the reference to Revelation – where, symbolically, Jesus is telling us how ‘the sound of knocking’ alludes to the sacred sound of the name of God that opens heaven’s door to all who ask in that divine vibration.

Said porter finally puts us out of his misery by opening the door to give entry to Macduff. He greets this worthy thane of Fife with a stream of blasphemies, crudities and references to the irony of drink in that while it increases the desire for sex, it simultaneously decreases the ability to rise to the occasion! WTF??

Could this seeming irreverent irrelevance itself be a meta-metaphor of how this scene itself reveals the dangerous truth deemed vile blasphemy by the orthodoxy while simultaneously concealing it from the sight and sound of all but a few students of the arcane mystical teachings that underpin not just Christianity, but most of the world’s major religions? Pic source (CLICK)

Shakespeare is telling us about what modern mystics (including Shakespeare himself) refer to as: the sound current. The sound current (aka the tree of life, aka, the Word, aka the Shabdh, aka the waters of life, the breath of life) is said to be the source of all life and all creation. It is who we are and the vibration that is the first cause beyond what science risibly calls ‘big bang’.

Knowledge of the sound current and the power it gives to each individual is so threatening to the tyranny of religion that it has always been declared heresy and those knowing or speaking of it wiped off the face of the earth.

The significance to you as a writer of being savvy with Shakespeare’s formula could be that it matters not one jot or tittle that this seeming truth is unbeknownst to most mortals, that it is rendered (almost) invisible to those reading it and speaking it, yet its very presence, its subtle energy field imbues every line, every syllable of the Bard’s writing with something magic, formless, essential, timeless, and irresistible.

Here again is Jesus talking about the sound current as the sound of God’s name that opens the way to the inner kingdom of God within. Something we all have the right and power to do.

Behold, I stand at the door, and knock: if any man hear my voice, and open the door, I will come in to him, and will sup with him, and he with me.

Here is Shakespeare telling us the same thing heavily disguised as its farcical opposite, one of his most common techniques for hiding lethally-dangerous heresy under the nose of church and crown. The way he mocks the travesty of religious doctrine. The way he subverts the false authority of the priesthoods. The way he undermines the traditions and the status-quo that paralyses progress and justice for all.

Knock, knock, knock. Who’s there i’ the name of Beelzebub?

Knock, knock. Who’s there, in the other devil’s name?

English tailor come hither, for stealing out of a French hose.

Knock, knock; never at quiet. What are you? But this place is too cold for hell,

And, of course, in his most sublime of ways, who is it that knocks on the gates of hell, aka Macbeth’s castle, but the noble Macduff! Macduff who, like Jesus, is ‘not of woman born’. Macduff who later smites the tyrant with his sword, cuts off his head, and liberates mankind from sin, darkness, ignorance and despair. Boy, do we have a long way still to go. Pic source (CLICK)

Shakespeare’s subtext is teeming with motifs like this that comprise a story structure that supersedes even the mythic structure delineated by the great Joseph Campbell. A subtext that surpasses Jung in specifying the very core archetypes that comprise the multi-dimensional consciousness of mankind. A subtext that requires the willingness to make over seven simultaneous paradigm shifts to render the Bard’s invisible ink not only visible, but teachable and learnable. A subtext that demands you not only be ready to write your greatest ever work, but are mentally, emotionally, and spiritually fit enough to exhibit the agility and open-mindedness of the genius you truly already are.

Herewith the entire scene from Macbeth  for you to revel in.

Book in a call to ask any questions you like:

Porter
Here’s a knocking indeed. If a man were porter of
Hell gate, he should have old turning the key.

Knock, knock, knock. Who’s there i’ the name of
Beelzebub? Here’s a farmer that hanged himself on
the expectation of plenty — come in time. Have napkins
enough about you, here you’ll sweat for’t.

Knock, knock. Who’s there, in the other devil’s name?
Faith, here’s an equivocator that could swear in both
the scales against either scale, who committed treason
enough for God’s sake yet could not equivocate to
heaven. O, come in, equivocator.

Knock, knock, knock. Who’s there? Faith, here’s an
English tailor come hither, for stealing out of a French
hose. Come in, tailor, here you may roast your goose.

Knock, knock; never at quiet. What are you? But this
place is too cold for hell, I’ll devil-porter it no further.
I had thought to have let in some of all professions that
go the primrose way to the everlasting bonfire.

Anon, anon. I pray you, remember the porter.

Macduff
Was it so late, friend, ere you went to bed,
That you do lie so late?

Porter
‘Faith sir, we were carousing till the second cock,
and drink, sir, is a great provoker of three things.

Porter
Marry, sir, nose-painting, sleep, and urine.
Lechery, sir, it provokes, and unprovokes. It provokes
the desire, but it takes away the performance.
Therefore, much drink may be said to be an equivocator
with lechery. It makes him, and it mars him; it sets
him on, and it takes him off; it persuades him, and disheartens him;
makes him stand to, and not stand to — in conclusion, equivocates him
in a sleep and, giving him the lie, leaves him.

Porter
That it did, sir, i’ the very throat of me. But I requited
him for his lie; and, I think, being too strong for him,
though he took up my legs sometime, yet I made a shift
to cast him.

Macduff
Is thy master stirring?

Our knocking has awaked him; here he comes.