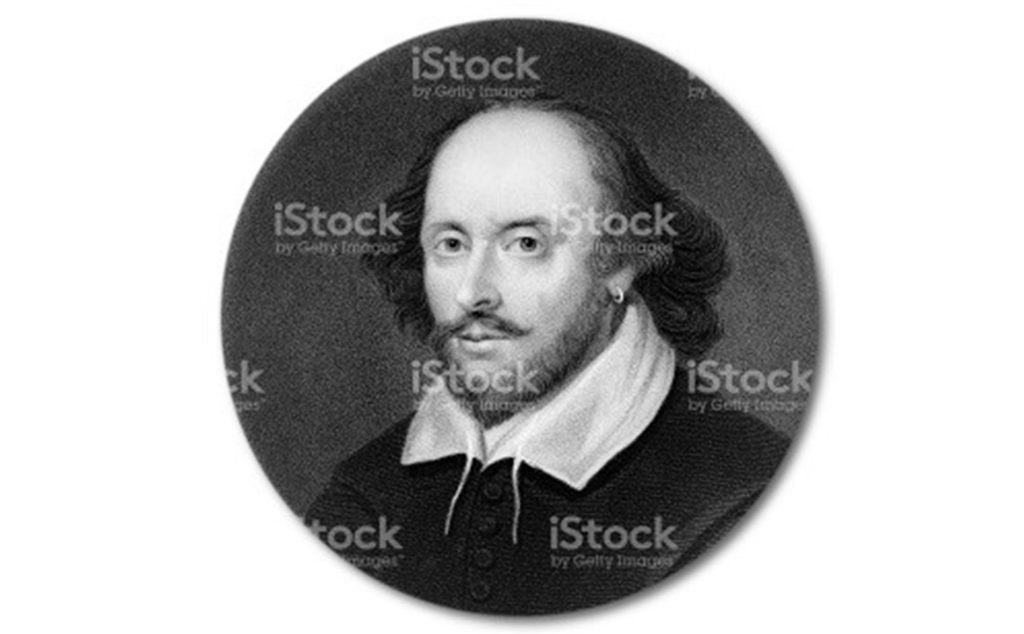 According to Shakespeare (and the ancient masters) if we want deep, lasting happiness, we need to awaken from our (Midsummer Night’s) Dream.

Shakespeare seems to be a key way to link the Bible, ancient mystical knowledge, and the mystery of where the hell to find happiness?

Read these 3 quotes and see if you can sense the thread of truth running through them:

The Word is the energy of God existing in pure Sound. It is the essence. It is the audible Lifestream that leads us home to God. – Dr. J-R Hinkins, Chancellor – University of Santa Monica.

The Isle is full of noises, sounds, and sweet airs that give delight and hurt not. Sometimes a thousand twangling instruments will hum about mine ears. – Caliban, The Tempest

For nearly 40 years I have been pioneering soul-centred coaching and horse-assisted leadership to enable my clients to put the source of their happiness first in their lives. As Arianna Huffington expresses so eloquently in Thrive, ‘all the great teachers tell us the same (counter-intuitive) truth: if we want deep, lasting happiness, we need to find it inside us – because it’s nowhere to be found in our crazy over-stimulating world!’

Speaking of great teachers, the three quotes at the top from John in the Bible, John-Roger, a contemporary Western mystical teacher, and Shakespeare, the greatest ever playwright, poet, and dramatist are all talking about the same, little-known truth, that’s been concealed in symbols and symbols of symbols for thousands and thousands of years. At last it’s being awakened and coming into the light.

Also for nearly 40 years, very discreetly, I have been an avid student of an unorthodox, ancient mystical teaching. Described in the West as the Sound Current, in the East as the Surat Shabdh – it is so scantly-known, crazy-sounding, and ‘heretical’, until I realised Shakespeare was alluding to this throughout his works, I have kept my passion for it very quiet.

Comprehending the ‘Sound Current’ as tough as The Times Crossword to get your head around – but, me, I love the mind-game, credibility-challenge and the bliss that ensues from ‘just doing it’!

Over-simply, it teaches that the soul (true self, source of happiness) is what John refers to in the Gospel as ‘the Word made flesh’. The ‘Word’ being the sound and name of God. Since the Creation, the soul has been put to sleep and we have been trapped in the Matrix-like dream (Maya) of this material-seeming world. We keep reincarnating until our soul wakes up and we find our way out. Liberation from this bondage and the return home to God is freely available to anyone who chooses. We ‘choose’ by attuning to the name, word, or sound vibration that created us – the Sound Current. The key technique is to chant the sacred name of God – in particular, the sound of: ‘HUE’.

When I first saw this ‘controversial’ concept brazenly alluded to in Hamlet, I thought I had simply projected it onto the quote. I could not believe my eyes!

‘Thus the native hue of resolution is sicklied o’er with the pale caste of thought. And thus enterprises of great pith and moment, with this regard, their currents turn awry and lose the name of action.’ – Hamlet (To be or not to be.)

Imagine my reaction when, on checking The Tempest and at least a dozen other plays, I realised Shakespeare had devoted not only this passage, but his entire works to cryptically sharing this forbidden mystical knowledge with all humanity – hidden, in plain sight, throughout!

I was drawn into a rip-tide of meditation, contemplation and revelations that swept me away for two years while I wrote this

Although Shakespeare is using language and metaphors found in the Christian Bible, he’s cryptically telling us of a universal mystical truth that transcends all religious and philosophical doctrine.

Shift that paradigm – enrich your world

If you look at this picture, you’ll either see it as ‘duck’ or ‘rabbit’. Exactly the same information hitting the retina can be

processed by the brain in two totally different ways. It’s the same with many things. Yet the ego in man has a penchant for dubbing one perfectly valid perception as ‘the absolute truth’ and the other as ‘heretical lies’.

Let us say the orthodox view of Shakespeare (and the Bible) is ‘duck’. What happens if, instead of arguing that it should be ‘rabbit’, you see the bigger picture – that you can have two perceptions that do not contradict, but value everyone’s point of view and offer greater choice and abundance to all? Could this, perhaps, be the key to world peace and a cleaner environment?

Let me share some of what my rabbit sees as he burrows beneath the surface structure of Shakespeare’s plays. If it rings true for you, great – if not, duck is still beautiful.

Firstly, the rabbit does not see the plays as being separate hillocks on the landscape but all connected via a system of underground tunnels and pathways. Secondly the rabbit sees them not about external people, places, and things – but about internal states of consciousness and archetypes.

The metaphor that we have somehow been ‘drugged’, put to sleep, kind of wake up and ‘fall in love’ with the first thing we see (this world) is seminal to the tale of Midsummer Night’s Dream. It’s telling us what happened to our consciousness in Eden when we ‘ate’ the forbidden fruit of ‘good and evil’ – we were lured into the hallucinogenic dream-like state we call life on earth. A nightmare that lasts for eternity unless we wake ourselves up.

Genesis 3: 3-5, tells the same metaphor this way, the ‘serpent’ beguiles Eve when she says,

‘God hath said, Ye shall not eat of it, neither shall ye touch it, lest ye die’. And the serpent said, ‘Ye shall not surely die. For God doth know that in the day ye eat thereof, then your eyes shall be opened, and ye shall be as gods, knowing good and evil.’

Notice how the language of this passage is closely mirrored by the language used by Theseus (below). Shakespeare audaciously implies that to know ‘good and evil’ is to be blinded to awareness of our soul and our oneness with God, and thus disastrously assume the right to judge and punish in God’s name.

In the opening scene of ‘The Dream’, Theseus chillingly alludes to the Satanic (false-god) archetype of Hermia’s father:

‘To you your father should be as a god; one that compos’d your beauties; yea and one to whom you are but a form in wax by him imprinted: and within his power, to leave the figure, or disfigure it.’

In King Lear, when Lear says, ‘Know that we have divided in three our kingdom.’, the rabbit sees he’s not really talking about ancient Britain, but his inner world where the soul should rightly reign as king, but has been usurped by the two fangs of the serpent – the false selves.

Here we have three sisters representing these three archetypes: Cordelia is the wholeness and perfection of the soul; Goneril and Regan represent the eternal conflict between the part of us that feels (religion-induced) shame and the part that feels anger over this unfairness and pretends righteousness.

In our inner world, the real king is the soul. But deep in our evolutionary history (dramatised in Shakespeare’s history allegories), the soul was usurped by the mind, banished, imprisoned, and forgotten. In our lives today, falsely, the mind still becomes king. No sooner does the soul enter the body of the baby on the first breath, than social demands collude with cognitive development and condition the burgeoning consciousness to conform to ‘normality’ – or woe betide it.

The mind suppresses the real king (the soul), puts a cataract over our inner eye, and rules our life in its stead – arguably the primary cause of all human conflict, pain, dis-ease, and suffering. Until we awaken the soul, we cannot escape that nagging feeling of being lost, forgotten or misunderstood.

In Shakespeare’s unique psycho-spiritual framework, he uses biblical terms to forge his own theology. He has God-Serpent (Satan) motifs, and alludes to the soul as Adam-Eve, the male-female polarity described in Genesis. For the usurping mind, he alludes to the pretenders Cain-Abel, the monstrous, shame-filled hybrid following the intercourse of Eve with the Serpent (Sycorax and the Devil in The Tempest). In each of the plays he casts key characters to act out aspects of these core archetypes and often gives them names that hint at his hidden meaning.

In King Lear, Lear banishes his beautiful, beloved Cordelia for simply being true to herself. He then puts his trust in the toadying, sycophantic ugly sisters Goneril and Regan (funny names?) who flatter him – shortly before betraying him and casting him into the wilderness to face the tempest.

How do we know Cordelia represents, the soul; and Goneril-Regan represent the two false selves?

What’s in a name?

Let the rabbit reveal one of Shakespeare’s favourite forms of invisible ink: anagrams. ‘Goneril’ turns out to be no less than an anagram of ‘Religon’, and ‘Regan’ an anagram of ‘Anger’ containing the word ‘rage’. In reformation England, is he really daring to say that religion is the false god that imprisons our soul? Is he so angry with the Church that he sets up King Lear and his Fool to launch a tirade of contempt and mockery at them?

‘Blow wind and crack your cheeks! Rage! Blow! You cataracts and hurricanoes, spout till you have drenched our steeples…’

But what of Cordelia? You can see the word ‘lear’ inside her name but no anagram that hints at a deeper meaning. But if you listen to the sound of the name ‘Cor-de-lia’, you can hear it singing ‘Coeur de Lear’ (Heart of Lear). And if you look again at the name ‘King Lear’ this too is an anagram of ‘Real King’. Thus the whole play becomes another of his allegories of how to wake the sleeping soul from its somnambulant dream.

Sublimely then, in using a homonym for Cordelia’s hidden meaning, Shakespeare is also alluding to the sound of the soul, the Sound Current. This is (unbeknownst to the orthodoxy) referred to in the Old Testament in myriad symbols including ‘the waters’, in the Gospel as ‘the Word’, the ‘wind from heaven’; and in Revelation, as ‘the voice of a great thunder and the voice of many waters’.

And herein lies the key to unlock the prison of the mind and awaken from the (Midsummer Night’s) dream we believe is life on earth. When Lear is confronted by the tempest (the wind from heaven) it brings about his enlightenment and reconciliation with his heart, his soul, Cordelia.

According to Shakespeare, revealed in The Tempest, we are all forgiven, and chosen to return. Our major work on earth is to know our oneness with God and each other. We can facilitate this awareness by forgiving ourselves for judging ourselves and judging others. By the end of time, not one soul (even the monstrous birth and the incorrigibles) will be lost.

Because of the hidden ‘triggers’ sprinkled throughout the plays as we read or listen to his wondrous verse, the vibration of the poetry is such that without even realising it, in our own perfect timing, we are being reminded of who we really are, why we’re really here, and how to wake up from our dream to our greater reality and our ultimate destiny.

‘We are such stuff as dreams are made on. And our little life is rounded by a sleep.’ – Prospero, The Tempest.

You can enjoy many more astonishing revelations in Shakespeare’s Revelation available from Amazon, Kobo and this website.

Or do contact me to discuss this work and how we can tailor a mentoring/coaching programme to enable you to fulfil your destiny.