‘Nothing is either good or bad. But thinking makes it so.’ – Hamlet 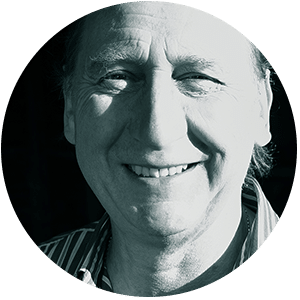 Pointing the self-righteous finger of judgment is the primary symptom of false-self-identification with ego. Judging is a core addiction that causes all the resentment, hatred, and conflict from marital bickering to nuclear war. Judging is an insidious delusion because it distorts all our perceptions. We cannot see ‘what is’, only what is relative to something else and some hard-wired fantasy standard of so-called ‘perfection’. If there is one thing that keeps us prisoners of crippling dissatisfactions – it is judging.

Judging polarises ourselves and others as : good or evil, right or wrong, better or worse. It includes blaming, finding fault, flattering, exaggerating, and all the varieties of this bipolar sado-masochistic game that sucks away the life-blood of humanity. This is why I loathe with burning fury TV shows like ‘The Apprentice’, ‘Strictly’, ‘Bake Off’, ‘Master Chef’ and the endless sickening obsession with competing, winning, and enjoying the spectacle of people being judged as if we were Romans watching Christians devoured by lions. The dubious joys of judging go all the way back to Adam and Eve. Remember that ‘apple’? No, there is NO APPLE mentioned anywhere in Genesis – let alone in the garden of Eden!

What they ate, as it were, was ‘the fruit of the tree of the knowledge of good and evil’. This is a mystical metaphor for ‘tasting the bitter-sweet venom of the Serpent’. Instantly, mankind became addicted to the compulsive, delusional, pathological drive of judging good and evil / right from wrong. And in so doing, created what Shakespeare calls ‘the monstrous birth’ that lives to 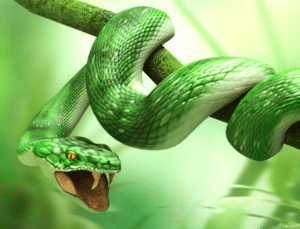 this day inside our heads, alongside our true self – the false self, aka the ego.

We are born innocent, naturally knowing, and powerful beyond measure. As the burgeoning mind and emotions develop and we are ‘educated’ by society, the ego is formed. And, just like Adam and Eve, the original soul, is deposed by the mortal coils of the serpentine consciousness, we become hopelessly addicted to the knowledge of ‘good and evil’. And, because energy follows thought, as we judge so does our world become utterly contaminated with the pollution of negative thinking and its utter futility.

See how insidious judging is – I can’t even enjoy a good rant without instantly becoming its victim myself. I am now judging judging! And my spell-checker refuses to let me ignore the repeated word, and I am forced to suffer the indignity of a stupid red line in my pristine text – aaargh! I am suffering the eternal dilemma. I get my ‘fix’ from the glory of self-righteous superiority, but immediately suffer the stress, and strain of dumping a bucket of adrenaline into my blood stream, requiring me to seek another ‘fix’ of righteous indignation before I fall into an exhausted heap.

See? I am now falling down the plughole to hell. How can I stop myself judging so I can be happy?

I can’t. it’s impossible to stop the judging machine. It is the very nature of the mind, the emotions, the ego. What I can do, however, is transcend it. I must step back and observe the process from a higher level of consciousness – even imagining I am above it or out of it begins to dissolve and dissipate the toxic energy field of judging.

If you can learn how to tap into your true self, when your ego gets you ensnared in a judging binge, it’s so much easier to get the hell out of it.

You can do this now.

If you’re interested in how Shakespeare has, under the noses of the orthodoxy, sneaked in the ‘forbidden’ keys to deep, lasting happiness, and spiritual fulfilment – read this astonishing book: Shakespeare’s Revelation.